List of frontend technologies every developer should know in 2022

It’s the middle of 2022 already. Some of us had time to adjust. Some of us hadn’t. Take it as you will. Yet, when it comes to various technologies, it’s about time to make a list of tried and tested tools you should’ve already assimilated into your work routine by now. In our case, it’s a list of frontend technologies every developer should know in 2022.

Not every tool on our list is a new one. Better yet, some of them have been regular guests of similar articles for quite some time now. But it doesn’t make them any less worthy of our attention. Perhaps, you, our dear reader, are a novice and want to know where to start in your front-end development journey. If you’re a seasoned pro or have your own front-end development company, this piece will also be helpful in case you want to refresh your knowledge on what is still considered cool and relevant in the industry.

So, as a sneak peek, here are the popular front-end technologies we’re going to cover today - an inseparable base trio of HTML, CSS, and JavaScript, integral to web development in general, as well as valuable tools and frameworks like React, Flutter, Angular, Tailwind, Next, Svelte, Gatsby, and Vue.

As you may know, for front end developers, tools are everything. So, which ones to choose that would simplify your job to the maximum? Here’s our team’s answer to your question - a top ten front-end technologies we think you should definitely try, in no particular order.

JavaScript (JS) opens our list of essential frontend technologies as the staple of modern web development and a predecessor of the latest web development languages and frameworks. This programming language helps you turn static websites into dynamic ones, and thanks to a few crucial frameworks, JavaScript can be used on either the front-end or back-end.

However, even though the language is considered a frontend basis, no one uses pure JS, and a myriad of libraries usually accompany it. On the client side, the language is used to add animations and interactive elements; on the server side, it enables access to databases and systems.

We have grouped HTML and CSS into one spot because they, along with JavaScript, comprise a web development foundation, being layered on top of each other. HTML (HyperText Markup Language) serves as its core, helping you create a basis for your future website or a “markup.”

The structure is then covered by CSS (Cascading Style Sheets) and its styling rules, adding fonts and colors, as well as making your website or application responsive and more interactive with various animations, before JS comes in and adds a finishing touch.

Use cases: both are used for building web pages, while HTML also supports the creation of progressive web applications (PWA).

Would any modern frontend tool list be complete without React? We don’t think so. Not in the foreseeable future anyway. So, React is an open-source component-based library built on top of JavaScript and used to streamline the process of building scalable user interfaces and related components.

Considered one of the best and fastest JavaScript frameworks, React brings a new level of speedy coding into your workflow, also luring developers with its easy-to-learn syntax, flexibility, numerous customization options, and impressive control over created components.

Use cases: creating web pages and web applications (single-page mostly) by introducing new syntax yet keeping the old JavaScript as a base.

One of the lesser-known names on our list, Tailwind, is a utility-first lightweight CSS framework with high levels of customization made to rapidly create custom user interfaces, as well as build and change styles straight in the HTML markup by adding classes to specific elements.

Utility-first means the framework doesn’t have heady-made classes. Instead, it uses the utility-based ones with much less control over them. The utilities come with a set of pre-defined options to quickly integrate the existing classes into the HTML code.

Use cases: custom interfaces thanks to bringing any component, however tiny, together and also building any design directly in the markup, while minimum code is needed.

Another popular addition to our top front end web tools is Angular.js - a TypeScript-based open-source platform created by Google over a decade ago. Similar to React, it is used to create interfaces, but the main difference is how it handles changes in the code. Thanks to its model-view synchronization, developers working with Angular can monitor their changes in real-time.

Usually, Angular is most useful when building mobile applications and web apps, handling both single-page and multi-page ones. However, one of the main downsides of this framework is that it has a steep learning curve due to its complexity.

Another tool on our list with Google origin, Flutter, is a cross-platform open-source user interface framework that uses its singular codebase and multi-platform nature to help developers build, maintain, and deploy cross-platform applications with native performance that can even work with embedded devices.

Flutter has become widely popular in the last few years mainly because of its ability to add such a level of performance to both Android and iOS applications that is on par with originally native ones. Developers in front end usually utilize Flutter along with two other Google-based tools called Dart, a programming language for UI creation, and Skia Graphics Engine - a 2D graphics library created with C++.

Vue.js is a lightweight and easy-to-learn solution for frontend development that, despite being less complex than other frameworks in our list, especially Angular, still puts forth many useful features. For example, it has numerous internal components and also an imposed code structure. The developers of this framework aimed to combine some of the best practices other frontend frameworks have to offer.

Vue proves to be an extremely versatile front-end platform thanks to its structure, customization options, and simple syntax, and the technology has the potential to gain even more popularity among more prominent companies.

Next.js is a single-command toolchain and React framework based on Node.js and Babel created for static site generation support on the client-side and a server-side rendering as well. The framework has its own page-based routing system with the backing for dynamic API routes, which means it provides the routing itself. No need to worry about writing a code for that.

Next.js is a technology known for its simplistic installation process since it doesn’t require any additional environment configuration, to begin with. It’s also one of the more easy-to-learn tools on our list, as well as reasonably fast, lightweight, and customizable.

Gatsby.js is yet another popular addition to our frontend tech list that’s become all the rage lately. It’s an open-source React-leveraging static site generator and a JAMStack (JavaScript + APIs + Markup) framework, which ultimately means a front-end architecture that helps build websites and web apps with higher performance and scalability.

However, despite being called static, in terms of performance, this technology still offers dynamic and interactive features, along with a cloud platform for setting about a fast edge network. Gatsby is great to use if you want to optimize certain aspects of your website - for example, delivery or payload.

Key features: simple learning process and quick adoption, quick and smooth app development process, the ability to load data from anywhere thanks to a so-called “content mesh,” and high performance thanks to asset pre-loading.

And last but not least, Svelte - one of the more trending frontend technologies on our list and deservedly so. Despite being a more recent addition, Svelte has proven itself as a very easy-to-use tool, ideal for beginners due to its lesser load on the browser, resulting in quicker development.

Built initially as a compiler, Svelte requires less coding to make responsive and scalable web applications than other frameworks. Where other frameworks use virtual DOM, Svelte applies a JS virtual machine to streamline UI building. On the other hand, a few drawbacks of this technology include limited documentation, a small ecosystem, and a short supply of tools.

Use cases: small and quick projects with a limited number of developers, some of whom can be beginners in the craft.

For many of our fellow developers, technology marked with “tested and proven” is the way to go. Indeed, there are numerous different types of tools emerging each year, and so little time to try them all.

That’s where articles like this one come in handy. They give you an overview of what is currently trending and why, providing you with a list of verified problem-solvers for any front-end need.

Besides, if the new tool proves capable enough, it will eventually end up in some “top ten of year X,” and then you can safely test and integrate it into your work routine. Anyway, we hope you found our list useful. See you next time!

The Ultimate Guide to Building a Fintech App Like Coinbase 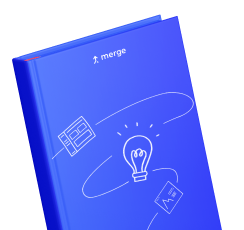